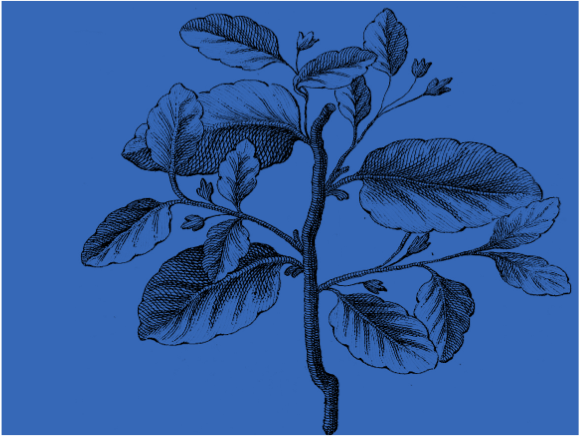 The mind tends to
invent reality, not see it.

Let’s start with the example of cognitive biases.

One of my favorites is the confirmation effect whereby we extract from reality only those data which confirms a previously accepted belief, while ignoring other information. Or the Pollyanna principle, i.e. searching only for the positive aspects of a situation. The list of cognitive biases includes several dozen items and every one of us uses several of them. Filtering of reality also takes place through cultural, personal, or intellectual screens. Which is reprehensible for one, and commendable for another. But even the phenomenon of seeing itself is not so much the reception of reality as it is its interpretation. The eye breaks down what it sees into “pixels” which the brain then puts back together and we “see” this image. We always see the past anyways since the whole process takes 0.135sec (the rest is in the comments) It is the same with hearing. Sound sets the eardrum in motion, all this vibration is passed on by the ear and finally all the perceivable sound we hear is what the brain “reads”. It’s simply another interpretation. One can’t even copy an mp3 file even from a disk to a phone without a loss.

None of us is 100% savvy, self-aware, we do not completely know what we feel and why, what we mean, why we like some things and others not, where our tendencies, thoughts, behaviors, and choices come from, isn’t it? Our supposedly conscious life consists of the suggestions of the unconscious mind, genes, patterns of behavior taken from home or the prenatal period, social influences, intuition, atavistic behavior dictated by evolutionary forces active from the first hominids several million years ago … In a word: the level of awareness of what we are is as waves on the surface of the ocean to its depth of several kilometers…

Thus, on the so-called conscious level, both the perception of the external and the internal world are only echoes, interpretations of what is really there.

This is the reason why science strives to repeat research: to exclude personal bias and wishful thinking condemned to unconscious distortions in the direct perception of reality. This is also the reason why so many spiritual traditions say that life is a dream. It’s an illusion. How does this apply in the daily life of a Netflix and Instagram fan?

Let’s follow the conversation, say about politics, which you have with person X you met at a friend’s birthday party. X expresses some view regarding the legality of future elections. He in fact – even if he thinks otherwise – is not fully aware of why he has such a view, why he expresses it trying to be right, and where it comes from that he defends his position so fiercely. His behavior is the constantly updating end-result of a whole combination of processing internal, unconscious data sprinkled with a coating of consciousness. You answer. You express your opinion. You retort, you make an ironic remark. There is a lively conversation going on. There are specific arguments and you both bask in the feeling of your own brilliance.

Only that his not fully conscious statements you filter anyways through your personal filters and you answer from an equally unconscious level. He listens, hears more or less what you mean, he replies … And that’s how it goes. It can be hypothesized that no conversation actually takes place. It is not much more real than the dialogues from The Witcher game.

We formulate many views, our own truths, thoughts on social, political, personal, philosophical topics and hundreds of others … We are ready to fight for them, we’re anxious when we are not understood, we succumb to the illusion of influencing others when we happen to reach them with our words, we get involved deadly seriously into various trends and methods, while all this confusion is an illusion, some kind of game, or even a strain… Whatever philosophy we espouse, a view or the sense of being right or even having truth with a capital “T” is only a reflection of reality. Shrapnel.

As they say: “there is no point in tearing your garments about it.” Instead of conflicting with others about your own views, it will be useful to reach for humility, let go sometimes, cultivate openness instead of the usual worn out tracks of beliefs on which we go automatically.

Maybe someone is grasping some other aspect of reality which our filters will not pass?

To be closer to yourself and further away from your mind and its interpretations.

Meditation helps in this, therapy helps, slowing down the pace and contact with nature helps, in a word: sincerely being with yourself and distance from your own thoughts and happening events.

It helps if it is used, not how one agrees with it 🙂

Author: Michał
Back to blog

A newsletter that will tell you the truth and nothing but the truth.

By subscribing to the newsletter, you accept our privacy policy. We’ll be contacting you about once a month. You can unsubscribe at any time.

We use cookies on our website to give you the most relevant experience by remembering your preferences and repeat visits. By clicking “Accept All”, you consent to the use of ALL the cookies. However, you may visit "Cookie Settings" to provide a controlled consent.
Cookie SettingsAccept All
Manage consent

This website uses cookies to improve your experience while you navigate through the website. Out of these, the cookies that are categorized as necessary are stored on your browser as they are essential for the working of basic functionalities of the website. We also use third-party cookies that help us analyze and understand how you use this website. These cookies will be stored in your browser only with your consent. You also have the option to opt-out of these cookies. But opting out of some of these cookies may affect your browsing experience.
SAVE & ACCEPT